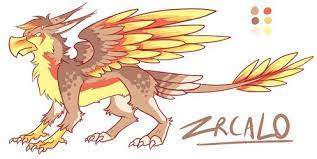 Losing good friends hurts, but in Furry, it is bound to happen. Between 2018-2020, Zrcalo was a good friend of mine, probably one of my better friends on here, and was one of the key admins in Xanadu, which was the second incarnation of the AltFurry Discord. I valued my friendship with Zrcalo so much that I personally visited him in Phoenix.

Over the last few months Zrcalo has gone on to be one of the admins in Keffals’ now notorious grooming Discord server, declared himself to be “transgender,” and is also one of the co-authors of the ‘TransphobicLs’ Twitter account. My strategy was to ignore Zrcalo drama.

Much of the ‘woke’ furry fandom is speaking up in disbelief of Zrcalos’s about face, warning other woke people to stay away from him citing his association with myself and Blumiere, who with me co-founded Xanadu. Still, I decided to sit this out.

Recently, however, an ex boyfriend of Zrcalo leaked private conversations where Zrcalo admitted to being a zoophile. That, for me, was the last straw, and I am now going to comment on these leaks and share my experiences with Zrcalo.

Flapping in the wind

Starting in about 2022, Zrcalo ghosted both Blumiere and myself, rarely came online, rarely produced art, and even more rarely spoke to either one of us. It was when the Keffals controversy heated up that I began getting questions from friends about what Zrcalo was doing. The vast majority of the first accusations I heard about Zrcalo, various flimsy accusations of him being a zoosadist, I found less than credible.

Most of the early accusations of Zrcalo being a “zoosadist” were from his interest in taxidermy and gore art. These seemed to me to come from “legacy” 2019 drama, when Zrcalo ‘infiltrated’ various Zoosadist telegram chats and leaked them. Many of the zoosadists in these telegrams retaliated by spreading these same flimsy accusations that Zrcalo’s interest in gore and stuffing dead animals somehow made him a zoophile. I ignored that, really not wanting to crap on an old friend simply because he had chosen a different direction in life.

Then Kiwifarms discovered an industrial-sized operation of transgender minor-grooming in Keffals’ discord server, where Zrcalo is an admin. While these claims seem both serious and credible, and while Zrcalo as an admin no doubt is somewhat responsible for this, I have yet to see anything where he himself is in the Discord grooming minors. There was no smoking gun.

Well, the latest revelations by Zrcalo’s 18 year old ex-boyfriend (ZR is now in his mid 30s), are indeed a smoking gun.

The document released by ZR’s ex boyfriend is in Google Docs. Feel free to check the source yourself. To me, they appear to be very credible. Zrcalo is once again falling back on his alleged multiple personalities disorder as an excuse for much of this.

Of most interest is the admission that he is a Zoophile, which comes as shocking to me, and maybe vindicating to many others.

For those confused, Zrcalo refers to a “headmate” as one of his multiple personalities. Apparently one of ZR’s “headmates” is a zoophile. I don’t buy this excuse. 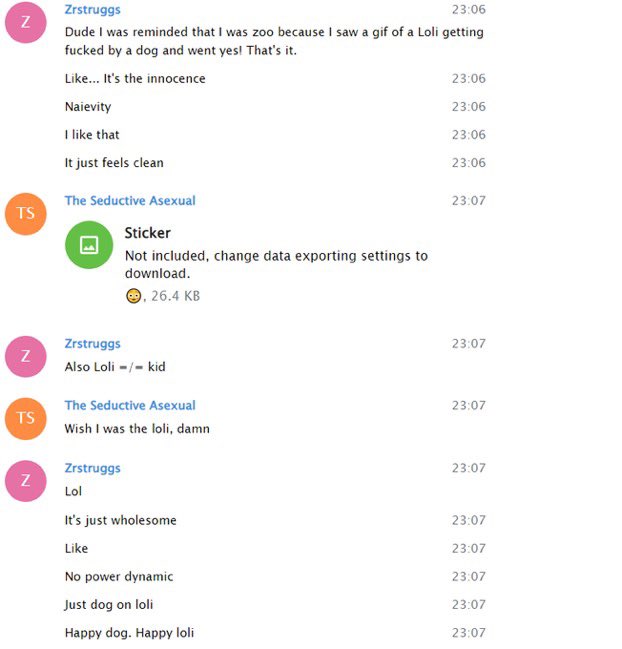 Apparently the relationship between Zrcalo (shown as “Zrstruggs” in the above conversation) and this young man went rapidly south. If you want to dig into that drama feel free to look through the google document.

If you look into Zrcalo now, all kinds of accusations are flying around. The woke furries call him a racist evil nazi. The Kiwifarmers call him a groomer and a zoophile. Both have dug up old zoophile-exposure drama to call him a “zoosadist.” For a person new to this, I imagine it is hard to tell what is real and what is not.

Zrcalo at this point probably doesn’t want you to know that he personally hung out with Len Gilbert, but he did. He and I met up for a few hours while I was laid over in Phoenix, and he was kind enough to drive almost 40 miles to see me. We went to a pizza place and then drove around Phoenix for awhile and talked about things. I came away with an impression of Zrcalo as a sweet, gentle person, and someone who I was glad to have invested time and effort in.

From what I know about Zrcalo, he has had several incarnations, which he now attributes to his multiple personalities. Before he joined us in Xanadu, Zrcalo was in a Phoenix-area antifa cell with many other Arizona furries in it, including Attica and Mottenfest.

While he was in Xanadu, Zrcalo completely renounced antifa and became what I would call a somewhat radical right-wing personality in our community.

After Xanadu, Zrcalo became engrossed in exposing zoophile furries with the ZSIS server.

He then reappeared in Keffals’ server, announcing, surprise, he was transgender after all and is once again espousing the woke ideology that goes along with it. Apparently he was a zoophile all along, which calls into question, for me at least, how serious he was about ZSIS.

Truth is, Zrcalo is a grifter, and a sloppy one at that. The one pattern that is consistent with ZR is his propensity to go clinging to what is controversial and edgy at the time. Back in 2018, it was us in AltFurry. Before that, I’m sure it was Antifa. And now, it’s the transgender thing and Keffals.

In my experience, there are many people in the Furry subculture who are like this; people who don’t really believe in anything, but just want acceptance, and will change their “views” on a whim. The difference between them and Zrcalo is that Zrcalo is too sloppy to burn bridges and delete paper trails of his previous affiliations. He leaves all kinds of stuff hanging out there, which people are now finding and crucifying him over.

The takeaway I get from all this, time and time again, is how important Xanadu really was in keeping people such as Zrcalo mentally and emotionally stable. Flawed as Xanadu may have been, it kept Zrcalo and dozens of others away from self-destructive, downwardly-spiralling peer groups. Like Phoenix antifa and Keffals’ Discord.