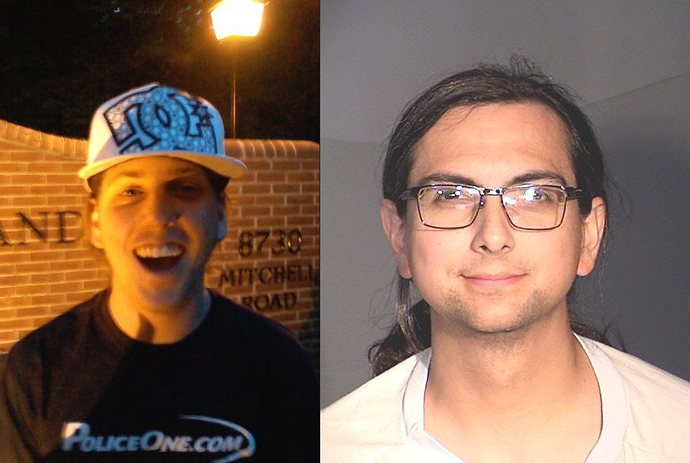 So here’s the story: Allegedly, Carcinogen got into a fight with some yet-unnamed leftist on Twitter. Said leftist got angry and threatened to SWAT the registered sex offender, Sisk, real name Joshua Barney, who is Garlock’s “wife.”

Allegedly, the Phoenix police raided Barney’s house on this anonymous, unverifiable tip and ransacked everything. Now Sisk is out of all his valuables, his life is allegedly in shambles and he needs money. Conveniently, no arrests were made. 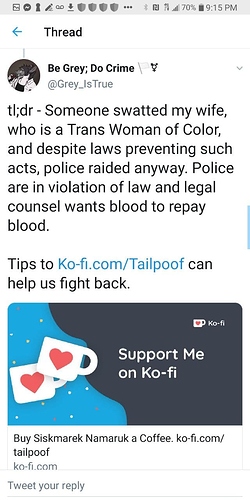 “Counsel wants blood for blood!” Too funny. I love the John Grisham-style antics of this money grab operation. A for effort at least. Referring to Barney as a “woman of color” is equally hilarious. 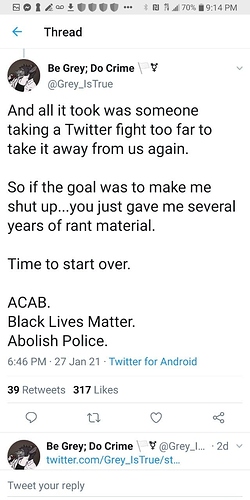 The villain in this story is an amorphous group that everyone in his twitter feed already hates, the police. 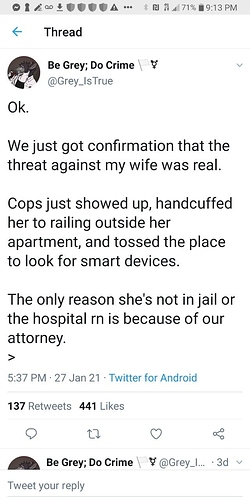 A perfect coincidence that a last-minute call from the attorney kept an arrest from happening, and subsequently kept a public record from being made on this incident. 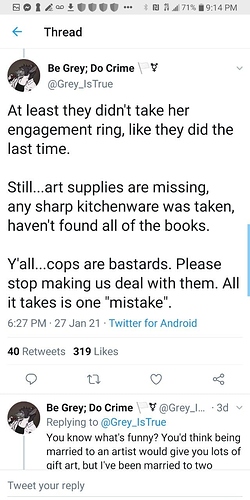 The big mean cops confiscated everything of value. We need money now! Forgive the sarcasm, but this all seems highly unlikely and very convenient. 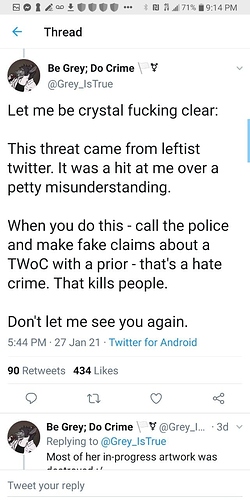 And here we go. Garlock supposedly knows the name of the person making the threats, but can’t point us to who, and won’t point us to the tweet. There is no reason to protect this supposed person, but Carcin won’t come out with it because the incident didn’t happen. He is full of convenient excuses and obfuscations. 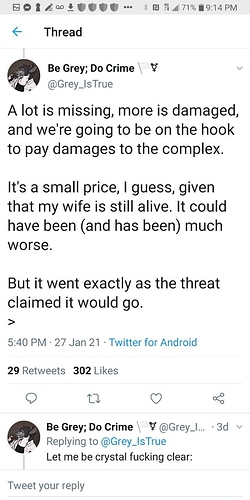 And top it off with dramatic, PT Barnum antics.

I suppose a sucker is born every minute. Judging from the Ko-fi page, Barney has raised over $20,000 on this scam and others. https://archive.is/wip/onvSz

Carcin claims he is filing a civil suit against the Phoenix PD, which I fully expect to fade away and be forgotten about once this highly questionable money grab runs its course. Stay tuned, we will continue following this train wreck.