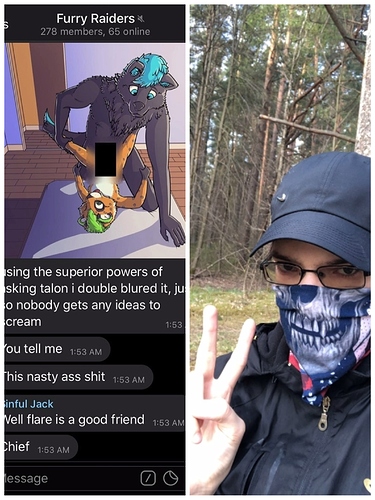 We first became aware of ‘Sinful Jack’ when he dropped the above cartoonized CP in the Furry Raiders chat with the apparent approval of Talon Strife.

The only one in the chat to call out this sick shit was Kody Wolf, Foxler’s mate. So that’s interesting. 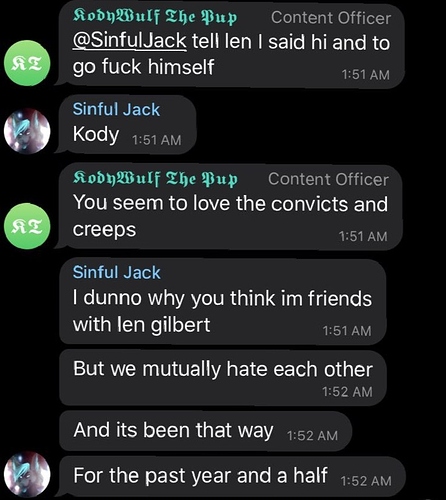 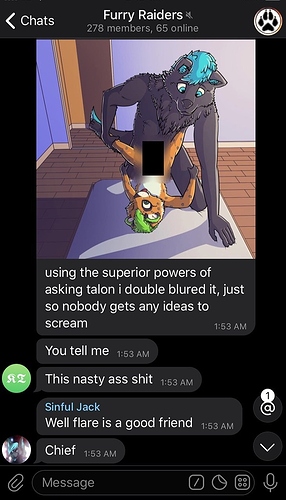 As noted in the above image, the character he is with was apparently unauthorized but he did it anyway. 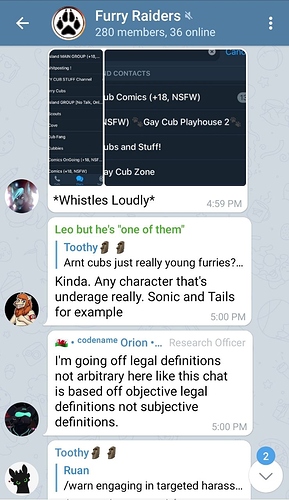 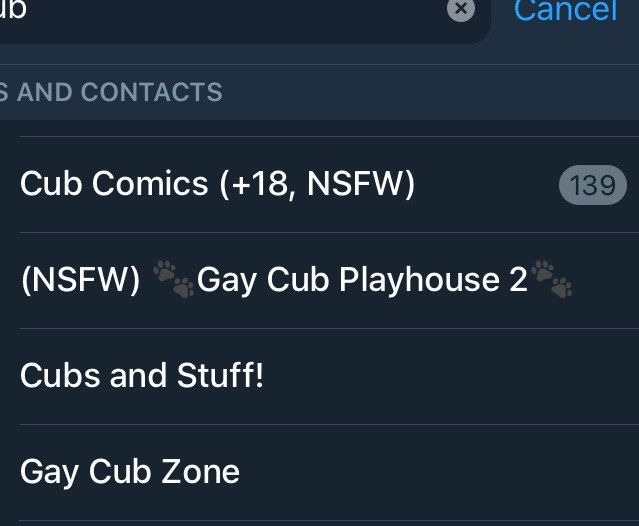 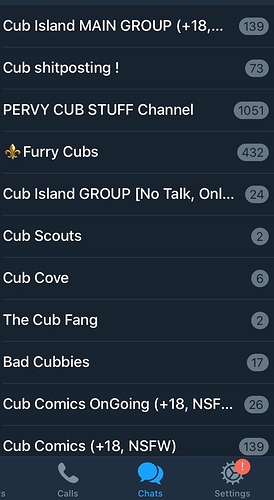 His accent sounds Polish to me. He is a living meme.

Listen to SinfulJackPedo1.ogg by Len Gilbert on #SoundCloud

Listen to SinfulJackPedo2 by Len Gilbert on #SoundCloud 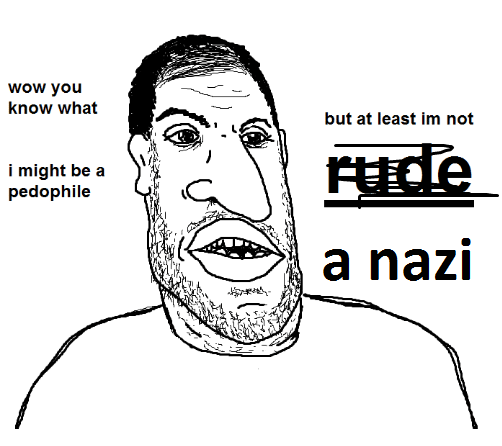 While searching through the Raiders telegram group history I found that Sinful jack quite frequently discusses age of consent and is quite knowledgeable of the various ages of consent. I would say that’s typical of a pedophile. Just listen to this creepy voice clip where he mentions the age of consent in Poland which seems to be his place of origin. 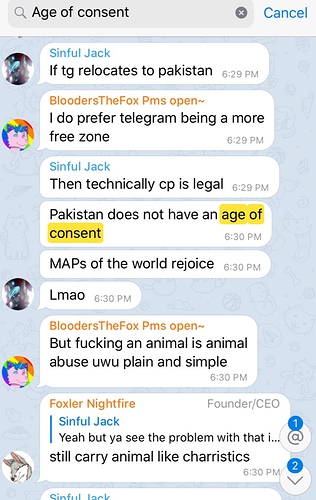 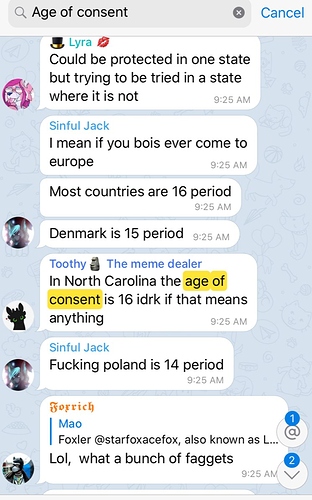 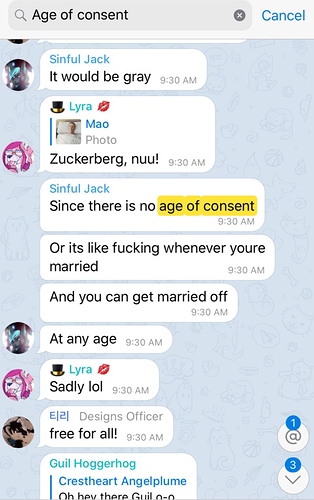 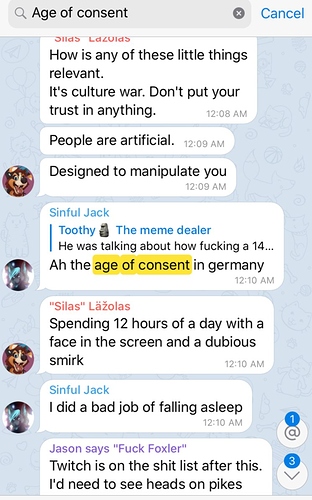