Pedo Alert! Sisk is Getting Back on the Internet 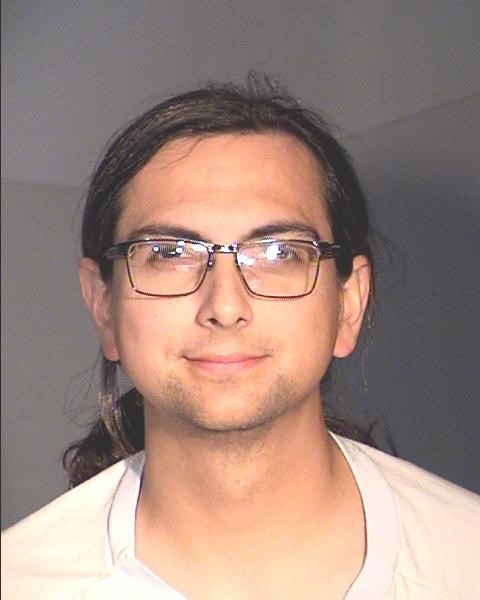 Convicted pedophile sex offender Joshua Barney, known to the furry fandom as Siskmarek, will soon be back on the internet, without any restrictions. Unfortunately, according Sisk’s nutcase boyfriend Zack Garlock, Sisk is now free to move to Colorado where he may once again have access to teenage boys on the internet. 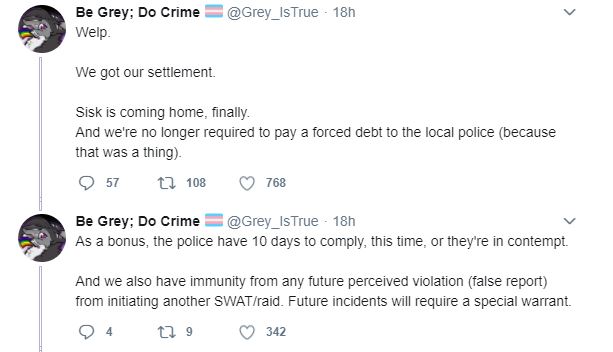 More bullshit from the last episode where Garlock scammed people with hysteria about a SWAT raid on Sisk which most likely never happened. Like so many other social justice warriors, Sisk and Garlock have made a cottage industry in sympathy bucks off of fake pity stories. If you’re interested in what happened then, there’s more here: Sisk and Carcin Scamming for Money again 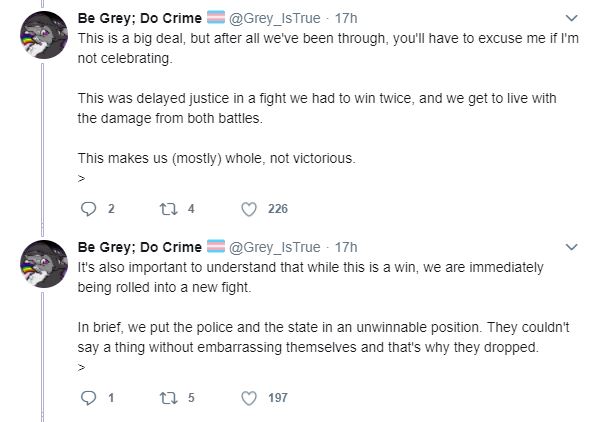 According to SISK, the Maricopy County sheriff screwed up so bad that they couldn’t maintain their charges against Sisk, let alone have record of the incident. This, of course, is yet more bullshit. In fact, there was no charge to drop in the aftermath of the alleged SWATting. We looked and looked and looked for any kind of charge against Sisk coming from Maricopa County on the alleged dates; there were none to begin with. Most likely, these two scammers were whining for sympathy bucks earlier this summer. 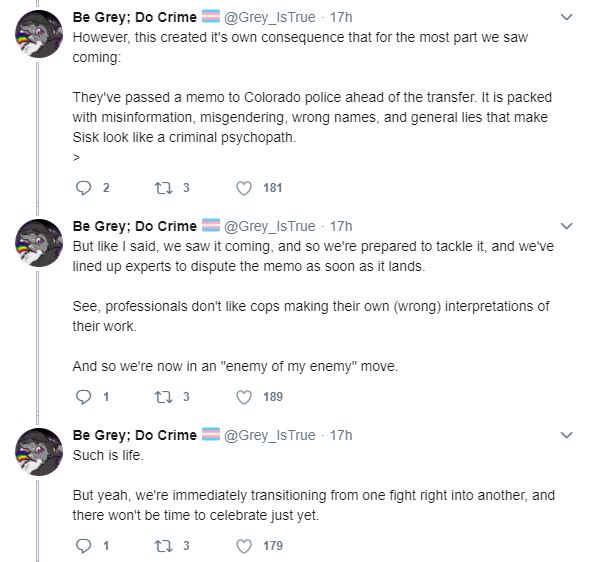 “We’re going from one fight into another, guys, so I can’t promise we won’t need more sympathy bucks in the future!” 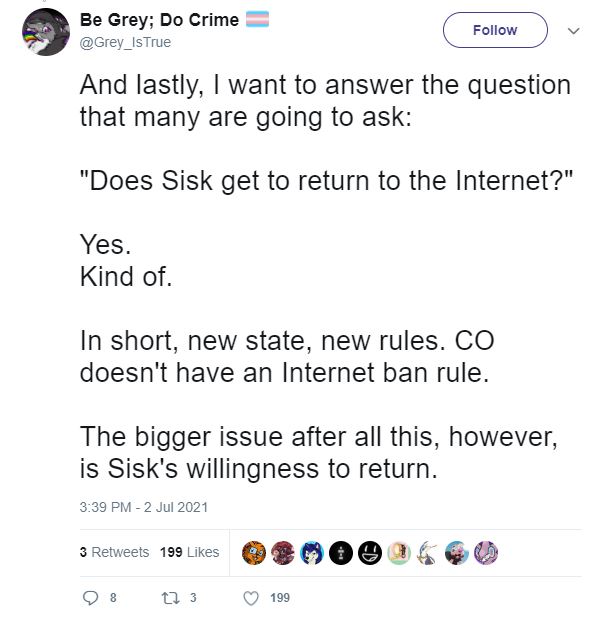 Hopefully not, but I strongly believe that as soon as Sisk gets settled in Colorado he will be back online perving for teenage boys in no time. I suspect he will be using the groomer’s app of choice; Discord. Not long ago we exposed a ‘SaveOurSisk’ server that was covering up for, wait for it, someone who talked a teenage boy into giving out naked pics.

If you see Sisk hanging out and trying to groom teenage boys on Discord, please do record it and give us verifiable screen shots. The so-called Discord “Trust and Safety” has and will do absolutely nothing about furry pedophile groomers on their servers, and so it is up to us to expose these degenerate perverts.

Any explanation why there was a complete radio silence from Carcin for like 6 months despite them being rly loud and active since like 2019? Not only that, the advocacy also went silent. Do you think they were lying down from the authorities, got burned out or was this like part of a greater plan

I don’t know. My hunch is that Carcin got tired of Sisk. We already know that in that same time period Carcin started bonking other dudes under the “polyamory” nonsense. They may have shacked up with him and he may have lost interest in pedo Sisk once he couldn’t get up to Colorado. However, the Sisk sympathy gravy train rolls on; and suckers in the furry fandom continue to give these losers buku money. I’m sure that is part of his calculation.

Anyway nice to meet you

That does sound like that is the case. After all, Carcin only married Sisk to get them out of AZ, but then it failed. Plus, they did complain about the costs of visiting Sisk. And then the fiasco of suddenly starting to transition as well… idfk, seems sketchy and very manipulative.

I’ll say my personal opinion - i feel like Sisk might be innocent, after all, the judge that sentenced Sisk was found to be corrupt, but i also feel like Sisk’s advocates are hiding some ugly truths. As in, Sisk isnt as innocent as it was told to everyone.

Carcin also seems like the sort of amrchair activist that doesnt do much besides fundraise for personal goals and make vague advocacy posts, but even those have dried up. I feel like there must be some drama under there bcuz of affairs amd the poly bs which i dont believe at all myself.

Anyways, this whole thing is sketchy and idk how to feel about this as i switched between both sides regulalry as new stuff came up over time. But then the long silence came and i just got lost about what to think.