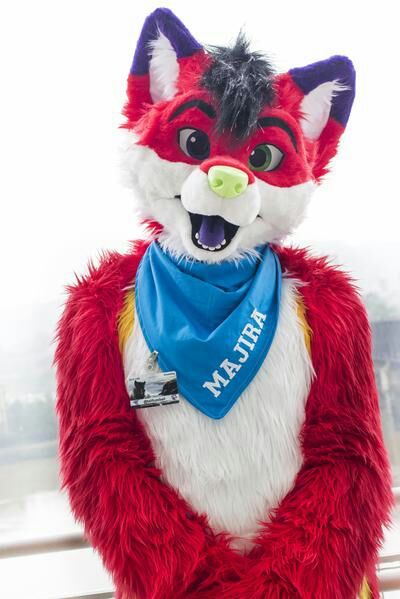 Joshua Hoffman, otherwise known as Kero The Wolf, is ‘back’ in the “fandom” after his District Attorney declined to charge him with animal rape off of evidence unearthed by internet sleuths. Beastiality in Kero’s home state is not nearly as illegal as it should be, and parties close to Kero were allegedly unwilling to cooperate with detectives. I wish I had more time to cover this story, but others have done so quite well.

Since coming back, Kero has made videos about how he is a totally innocent victim. Kero has restarted his YouTube channel, proclaiming he “wasn’t going anywhere.”

This has caused a tidal wave of hatred and anger from the majority of the “fandom,” and after a few days, Kero finally seems to be losing his nerve. In an unhinged rant on YouTube, Kero blamed Majira Strawberry, of all people, for his interviewer allegedly getting SWATted! 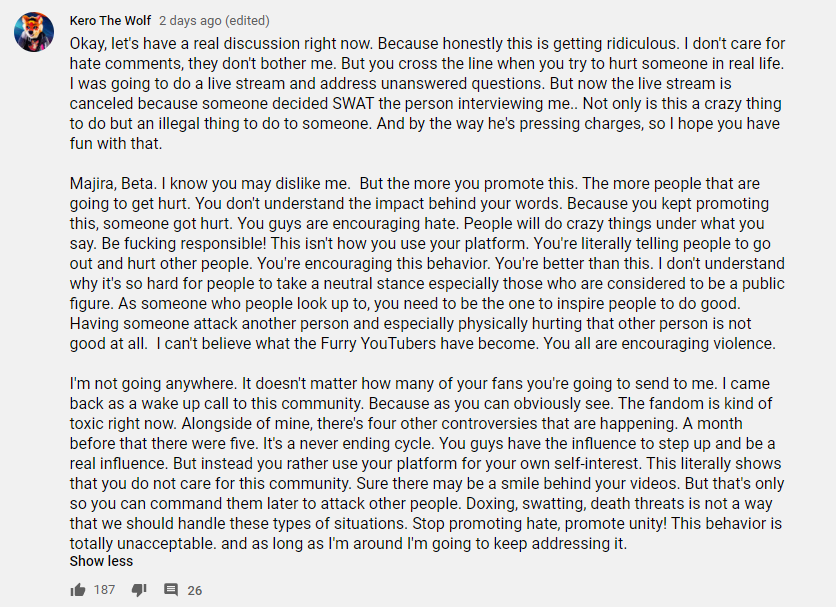 A lot to unpack here, but first of all, I can’t find an account of this alleged event anywhere. Others seem to be having the same issue. 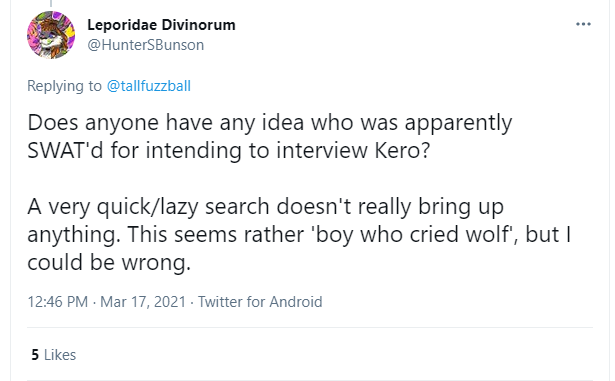 It looks like Kero has taken a page out of the Sisk playbook, of getting sympathy and attention from alleged SWATting incidences that no one can ever verify. The fact that he blames Majira Strawberry for ginning it up would be funny if it weren’t so sad. Well, actually it is pretty funny. Kero’s reputation is going down in flames. 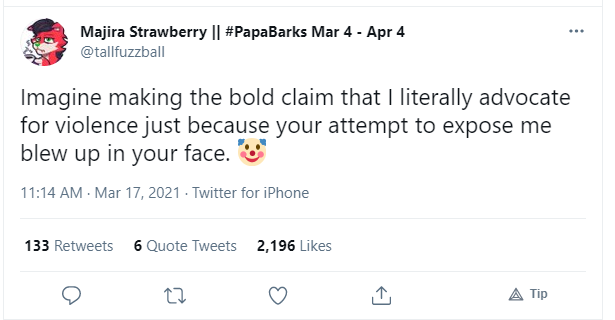 Apparently there is some tangental drama in this, as well. Kero seems to be angry at Majira for turning on him over the Zoosadist episode, and Kero has responded by trying to expose some of Majira’s sordid murrsuiting adventures. As if having sex in a nasty fursuit isn’t what most any furry at a convention loves to get up to. 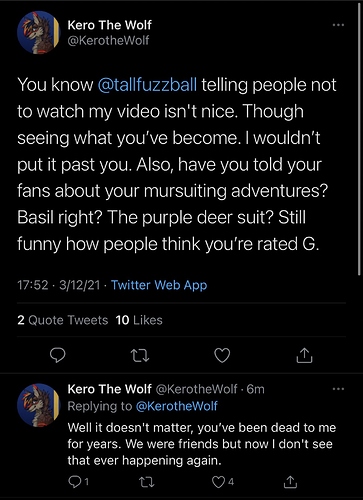