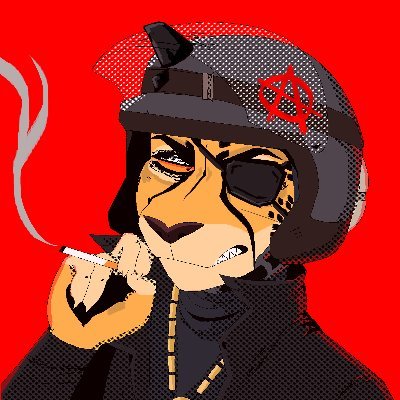 Gryphoneer is a leftist popufur on Twitter who stalks, threatens and doxes alt right or right-leaning people in the furry fandom. He goes by the handle @OneRadChee. Last year he was caught red-handed looking for and fantasizing about Loli images of underage anime characters. Today we got word of him stalking a right-wing fantasy author with vague threats and creepy comments about a pedophile sex scene between two of the author’s characters, one of whom is underage. A pattern emerges.

What Now
I had to understand some of the context of this before I understood what Gryphoneer was doing. The subject of this harrassment was someone who, years ago, got doxed because of his involvement in an alt right movement, had disappeared for a few years, came back and rebranded. Gryphoneer somehow managed to get ahold of the guy’s Discord handle and proceeds to vaguely threaten this guy after he refuses to go through a “dog and pony” show.

And, to top it off. He ends the conversation by suggesting a sex scene between one of the author’s adult characters and one of his ‘much younger’ characters. He must have read the author’s book extensively to do that. 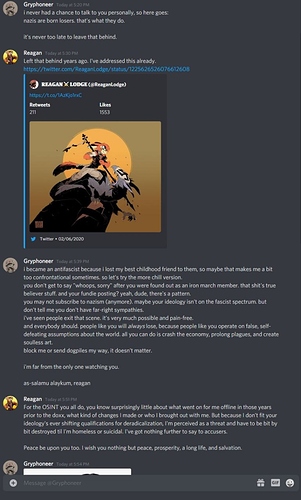 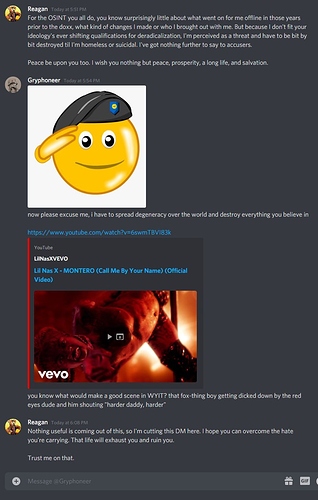 I’ve gotten two reports about Gryphoneer, and both of them involved him talking about sex with underage characters. You do the math on this guy