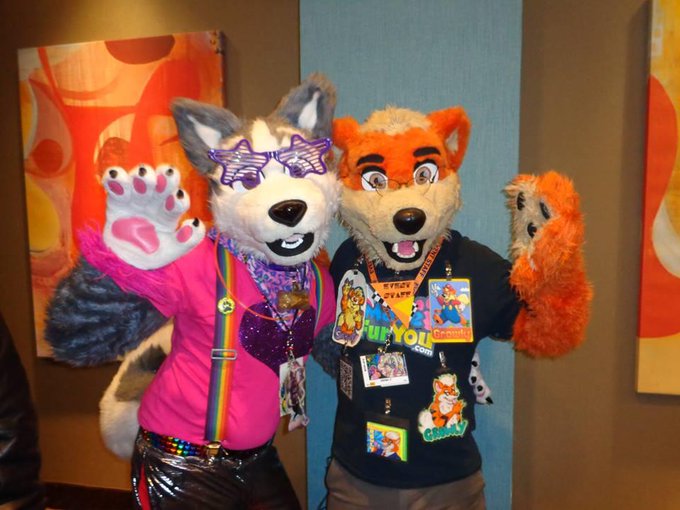 After today it is pretty obvious that once Growly, after pleading No Contest to possession of child pornography, still believes he didn’t do anything wrong. This represents a loud echo from back in the early 2000s, when Growly pled guilty to sexual acts with a 14 year-old boy . After serving his time and parole, Growly concoted a narrative that he “didn’t really do it,” but just got caught in a hotel room with a room mate who did.

Unfortunately, and unsurprisingly, much of the California furry community welcomed Growly back and, for the most part, looked the other way.

Today, a whole two days after pleading No Contest for possession of child pornography, Growly made a smug tweet from behind a locked account refusing to take responsibility for his latest abuse. Once again, many California furries seem to be right back to normalizing Growly and rehabilitating him.

On the last look, this tweet got over a dozen likes, in which he effectively refuses to take responsibility for possession of child pornography. A plea of No Contest means that the defendant understands and acknowledges that the state is able to prove guilt beyond a reasonable doubt, and because of that, takes a plea for a lesser sentence. In the above tweet, however, Growly is implying that in fact, he did nothing wrong.

History seems to be repeating itself, as, upon the last look, this tweet has over a dozen likes.

Growly is a pedophile with an incredibly long record of abuse. Not only was he convicted of sexual acts with a 14 year old, but he has also been banned from Fur Affinity for trying to meet and/or RP with a 14-year old. Growly is a problem. He’s not getting any better. He is not changing his behavior, and, he continues to hang around the Furry community as a means to sustain his way of life.

People such as Growly do not develop in a vacuum. Indeed, there is an entire community of peers around him that enable and facilitate his behavior. This “fandom” problem is not unique to Growly, either. A good handful of underage child abuse sex rings have been broken up by police. It takes a community to facilitate such an ugly problem, and there are still dozens of people in this community who continue to launder legitimacy to Growly.

Are these people as bad as Growly? No. However, they are providing Growly with a peer support network in a fandom that has suffered Growly’s presence for ten years too many. Daniel Mizuho Llamas needs to be shunned from the furry fandom, and the people above are working directly in opposition to that. They should be shown the door as well.