Furry Raiders had a major fight over beastiality in their chat the other day, resulting in fighting between regulars and a long-time member getting booted. The fight went a long way to explain who in the Raiders is sympathetic to beastiality, who is against it, and the tension that Foxler has unwittingly cultivated in this group.

Our friend Hans makes the opening salvo, and right away it’s Scorch (surprise surprise) saying that beastiality art “makes our fantasy lives richer.” Typical. But seriously, what kind of a person thinks that beastiality art makes for a ‘rich life.’ What kind of a whacked out, hippie assed anarchist with no life believes that shit? Scorch is a fucking horror show, staright up. 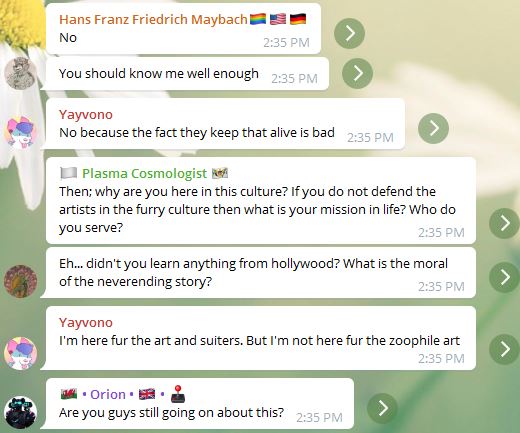 I was surprised by just how many people in the Raiders are disgusted by zoophiles and beastiality. Yayvono, apparently, is another one. Hats off to you.

Orion, perhaps the most sycophantic and cowardly admin there (and that says a lot) whines about the discussion the whole time. What’s eating you, buddy? 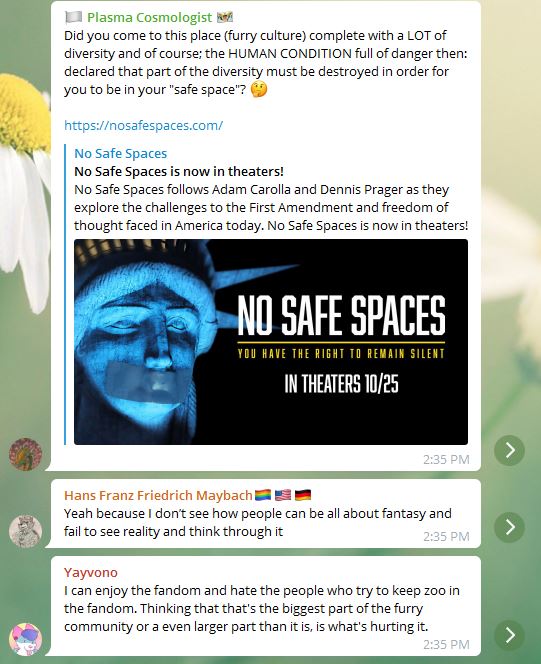 And here is Scorch with the complete bullshit argument that pornography and obscenity equals free speech. Oh, and by the way, anyone trying to shut down him publicly expressing his beastiality “fantasy” is a social justice warrior. What a disgrace. 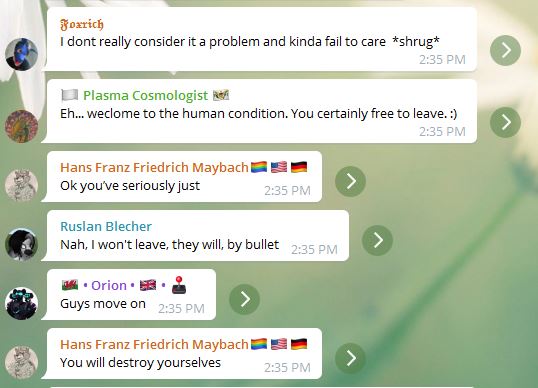 Ruslan Blecher checks in as an anti-zoophile (and human being with a minimal threshold of basic decency). 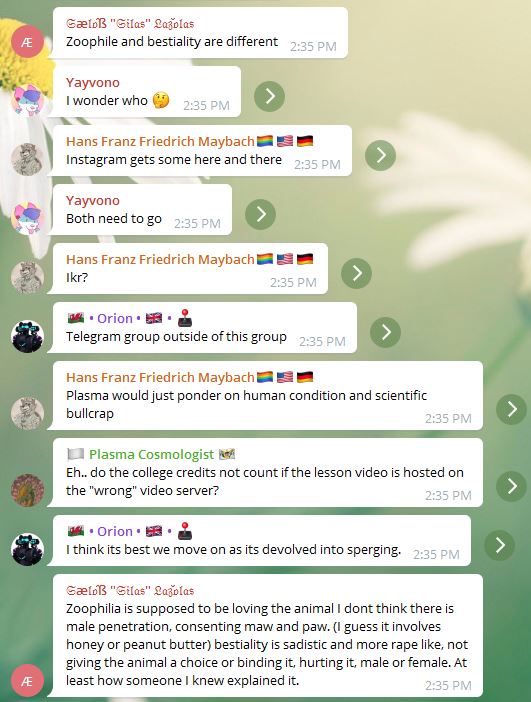 This fellow, who has unfortunately hidden his account, tries to push the “zoophile and beastiality is different.” One is ‘sadistic rape’ and the other is ‘love making’ to animals.

Gross. If anyone knows who this person is, please DM me. 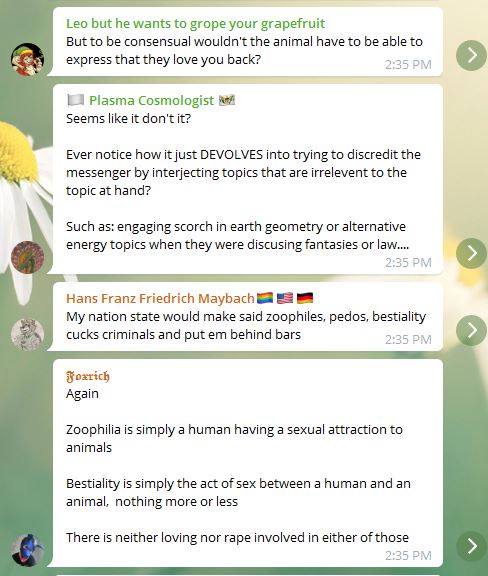 These people are sick. Here’s Foxrich saying that Zoophilia isn’t so bad guys. 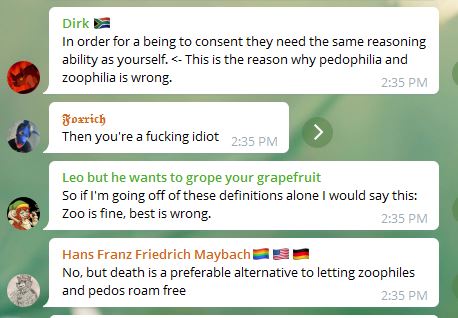 Dirk says fucking animals and being a pedo is wrong. Foxrich seems to disagree. Leo seems to think zoophilia is okay. It isn’t. Here are their Telegram profiles. 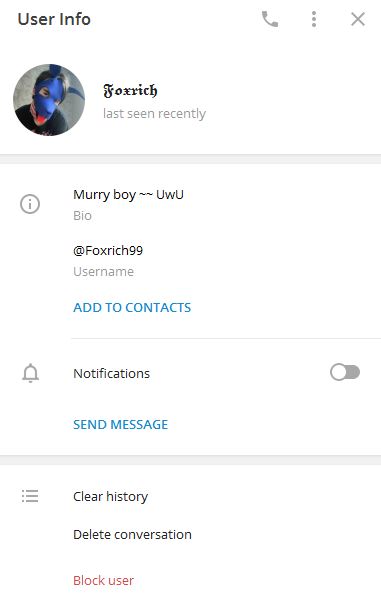 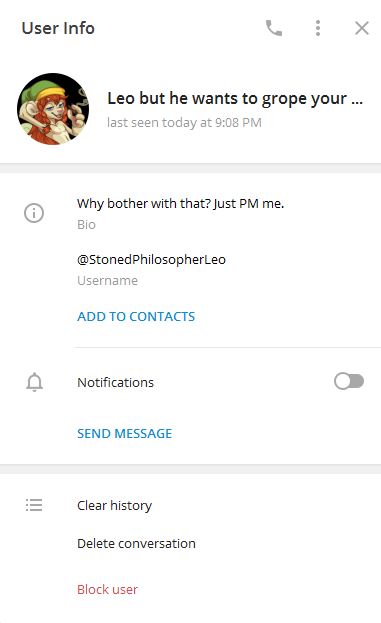 “If society doesn’t tolerate my beastiality it will turn to mass murder.” Yep. 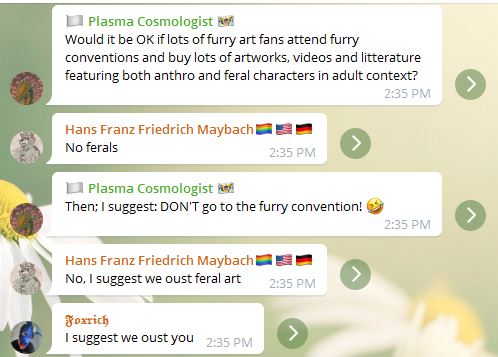 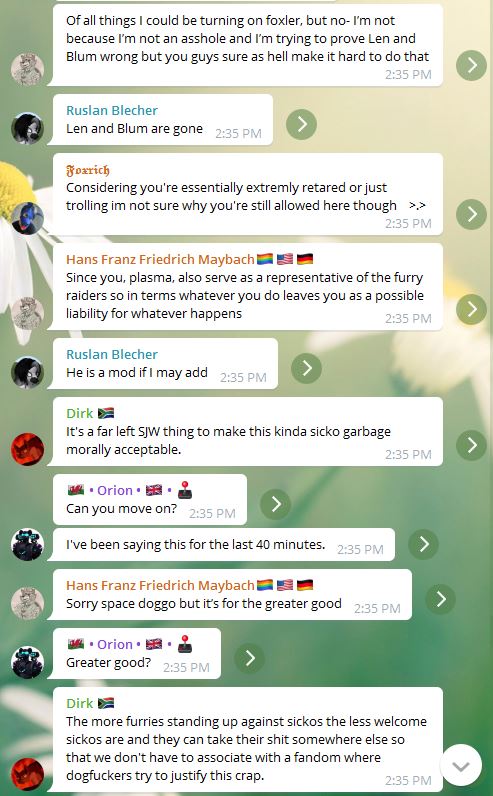 I get a mention. Nice. 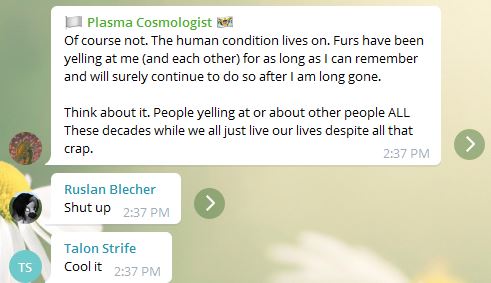 Ruslan tells Scorch to shut up. Talon Strife, the guy from South Africa who decided to look the other way to Foxler’s support of animal rapist Kero, decides to come in a play good cop. This is delicious. 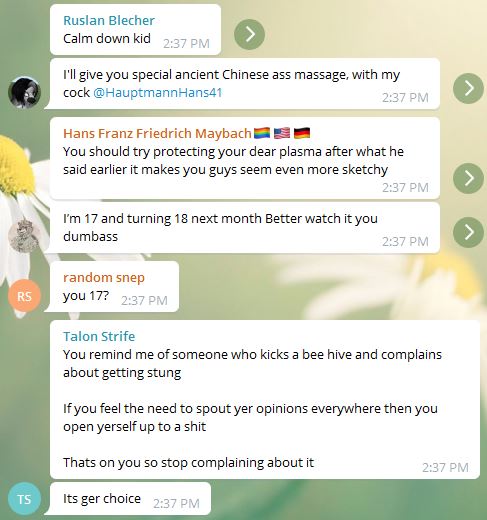 Now the chat turns on poor Hans for being one month younger than 18. Truth of the matter is, Foxler and the Raiders most likely knew about this, as Hans has been there for over a year. Even still, Talon kicks the guy out, but only once he started ranting about their sacred cow of beastiality.

If you have any more information on the Raiders, particularly comments over beastiality, just go ahead and drop me a DM or send me a PM here on the forum.