Foxler in Meltdown Mode. Kicks out most admins

TLDR: Foxler lost another artist admin and had a massive temper tantrum, blaming his admins. Most of them, with exceptions of Jolt, Kody and some Swedish artist, have been De adminned. 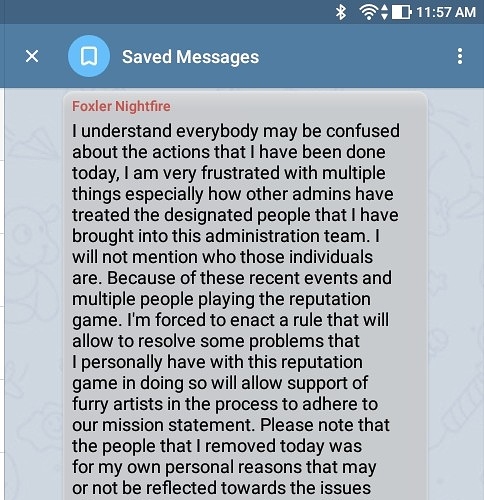 Foxler apparently commissioned an artist, named @Goldfish_Goddess on Telegram. He gave her admin privileges as a means to butter her up and get more commissions. The other admins likely took issue to this.

But more importantly, Goldfish decided she didn’t want to draw Foxlers armband in a recent commission. Foxler pretty much blew up and Goldfish then left the group. 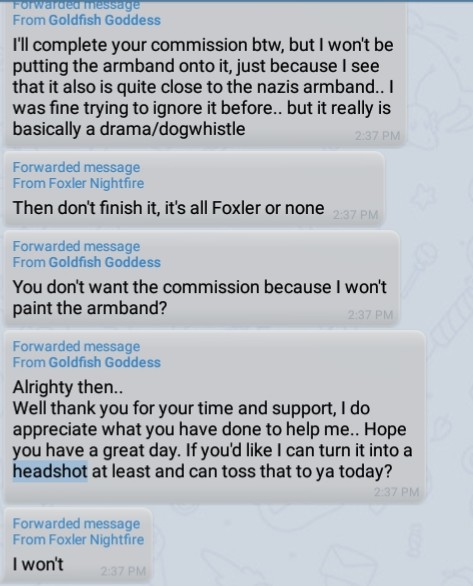 Foxler blamed his other admins for conspiring to drive Goldfish out. This likely has some truth to it, as previously, admins have railroaded previous female admins for acting like typical women. Foxler then proceeded to boot all but three admins and enact the bizarre new policy above.

Connor Goodwolf, as I am reasonably certain this was him, jumped in to capitalize on Foxler’s misfortune by doing what he always does; impostering prominent people and sending out threats. This time as @goidfish_goddess, goy. 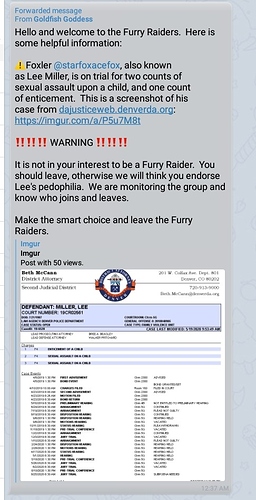 More details will follow when I can give them.