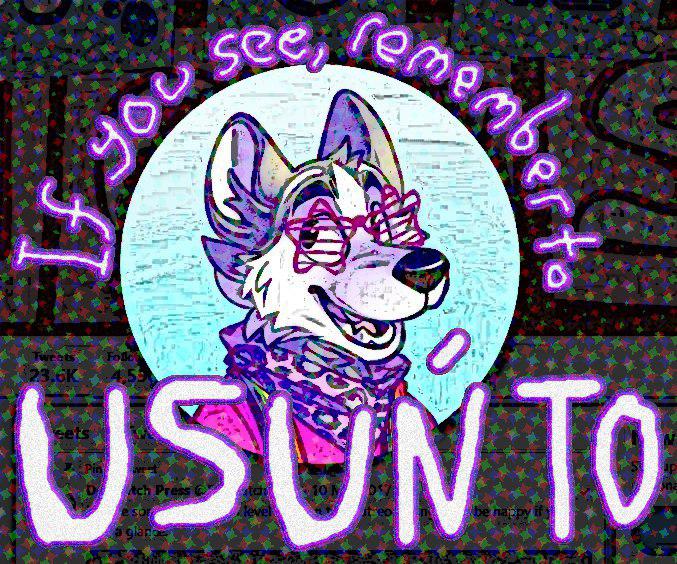 It seems Mr. Lake has been having trouble keeping things confidential with others, as a new Telegram channel called ‘ZooFurries Alliance.’ The author of this channel apparently was one of Dogpatch’s former sources, and had a confidential chatroom with Lake and, presumably, a handful of others. This person seems to have gotten fed up with Mr. Lake and his reluctancy to use his widely-read furry ‘journalism’ blog to cover the overwhelming zoophile problem among furries. 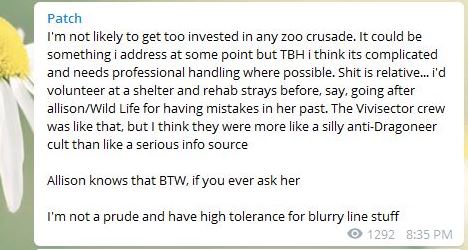 According to Lake, Zoophilia in the furry fandom is ‘complicated’ and needs to be strictly handled by law enforcement. This is curious, because when it comes to political speech, Lake’s philosophy is the exact opposite. Lake begrudgingly admits that while voicing “racist beliefs” might not be illegal, the furry fandom should make a “community response.”

Where’s the “community response” to people who rape animals?

Instead, with animal rape and beastiality, we get a “shit is relative.” You see, Dogpatch has a “high tolerance” for “blurry line” beastiality. 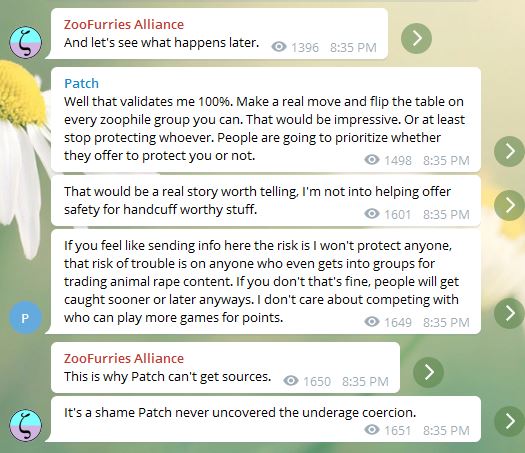 This is a very interesting exchange. Those who may remember, a couple years ago Dogpatch and a few other Antifa activists contacted a financial blog I used to write for. Lake later published the conversation between one of his “anonymous sources” and the managing editor of the blog (hi Roger). When it comes to harassing and doxing people with incorrect opinions, Lake goes through great pains to protect sources.

Beastiality is apparently another matter. Dogpatch absolutely refuses to protect any sources who uncover zoophile rings in the Furry Frandom. The question is “why.” 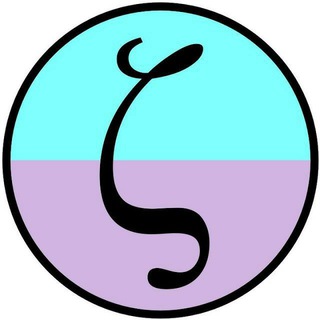 You can view and join @zoophile right away. 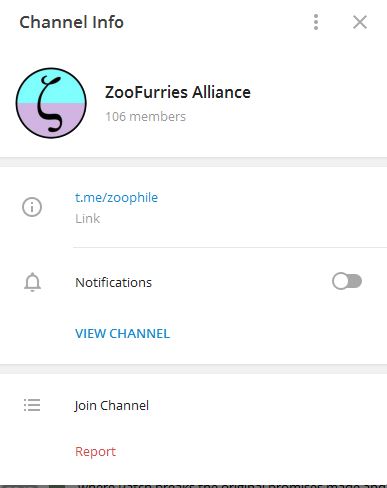