Did Foxler Crash Free Fur All Fursuit Parade? I believe so and here is why 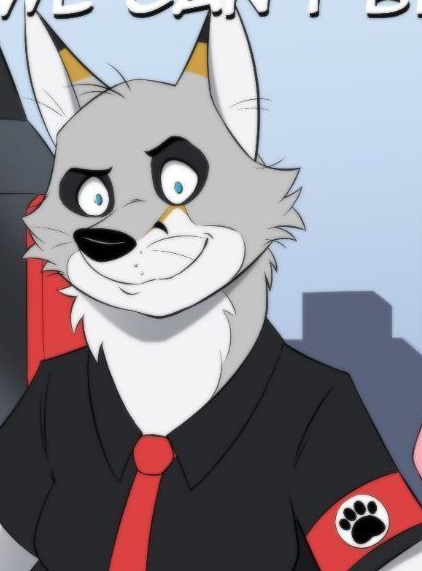 Editor’s note: The other day I pulled the article ‘How Foxler crashed Free Fur All’s Fursuit Parade.’ Unlike other ‘fandom journalists,’ I don’t want to lead people astray, and if I get something wrong or feel I need to take a closer look at something, I am going to admit that much. This isn’t Dogpatch Press, after all.

The article I wrote provoked a response from several people involved in the subject, and if I can be honest, much of the article itself was written in anger. I therefore unlisted the article until I could further look at some of the claims, and maybe just take a deep breath and step back.

I’ve since had the benefit of watching the video of the Free Fur All 2022 fursuit parade, and it was, in fact, exactly as I recalled it, although I have since heard several other sides of the story, which I will include. In this article, instead of relying on my own eyewitness experience, let’s just concentrate on the video instead, and you, the reader, can draw your own conclusion on what happened that Saturday.

As time goes on, all of our memories of the first year of Free Fur All will grow fuzzy, and many of us will just want to forget some of the details. A week before the event, Foxler started all kinds of rumors and innuendo with several vaguely-worded tweets that hyped up the Furry Raiders’ involvement in the AWOO association. During the fursuit parade that Saturday, Foxler and two other Furry Raiders cut in line as the fursuit parade was underway. I write this article today, now a few weeks after driving home from Glenpool, with the intention to chronicle and explain what I believe happened that Saturday afternoon.

I believe that Foxler intentionally cut in line at the fursuit parade against the wishes of con staff. I believe he did so that he could get into the front row of the picture, so that his controversial armband, which does invoke the memory of ‘Nazi’ Germany, would be visible in the group picture.

I have since heard from both the chairman of the AWOO association, who effectively said that it was merely a matter of positioning fursuiters at the last second, and from someone in the Furry Raiders close to Foxler, whom I will not name, who claimed that the Furry Raiders unintentionally showed up late to the fursuit parade and that there was nothing more to it than that.

Make no mistake, Foxler and his party did indeed cut in line in the fursuit parade. Now that we have video, we know the following for a fact: Foxler was not in the parade when it started, but he did indeed pop in just as it ended. That can no longer be brushed off as rumor. The question is whether Foxler did this intentionally. I believe he did.

I’ve uploaded video of the parade, including the part where suitors came out of the main hall, where Foxler was not present, to the end where the suitors marched to the photo area, where Foxler suddenly appeared lagging way, way behind in the back. Foxler appears behind even the camera man, who logically would be the guy bringing up the rear, and he is not even trying to catch up.

I have uploaded the videos, with my own voice commentary, to this unlisted YouTube link:
Here is the parade’s beginning: 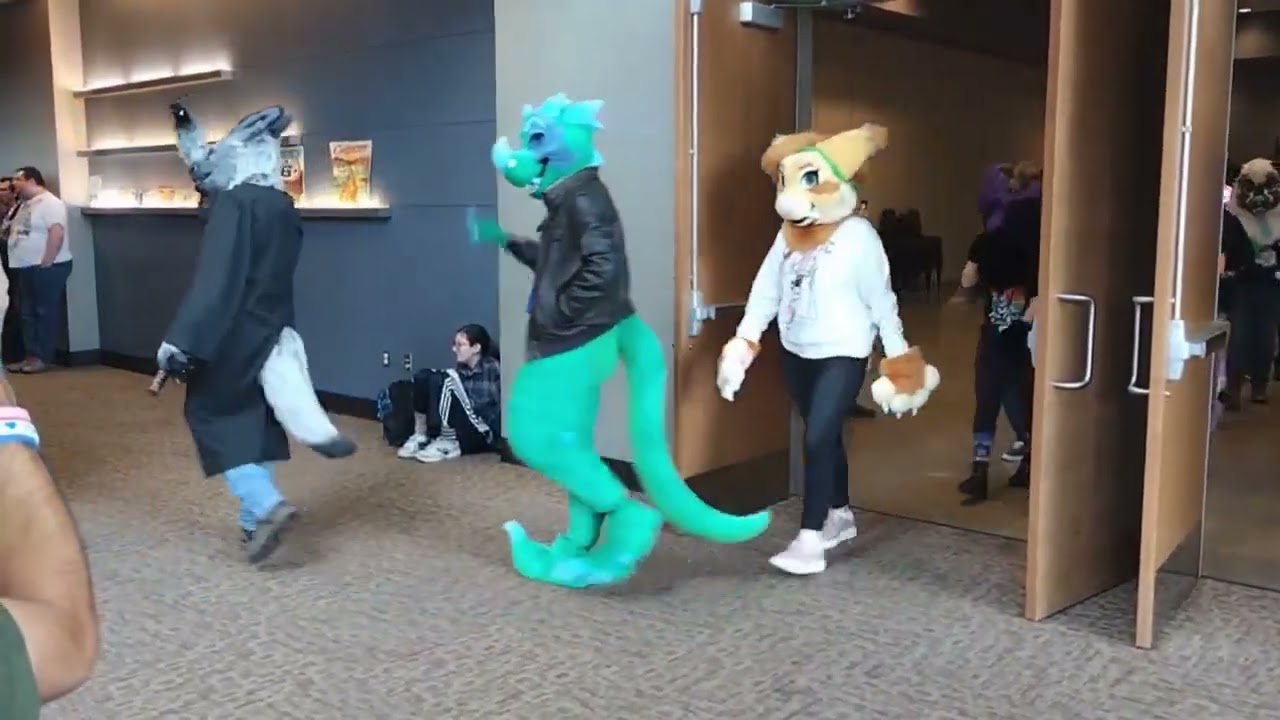 And here is the end: 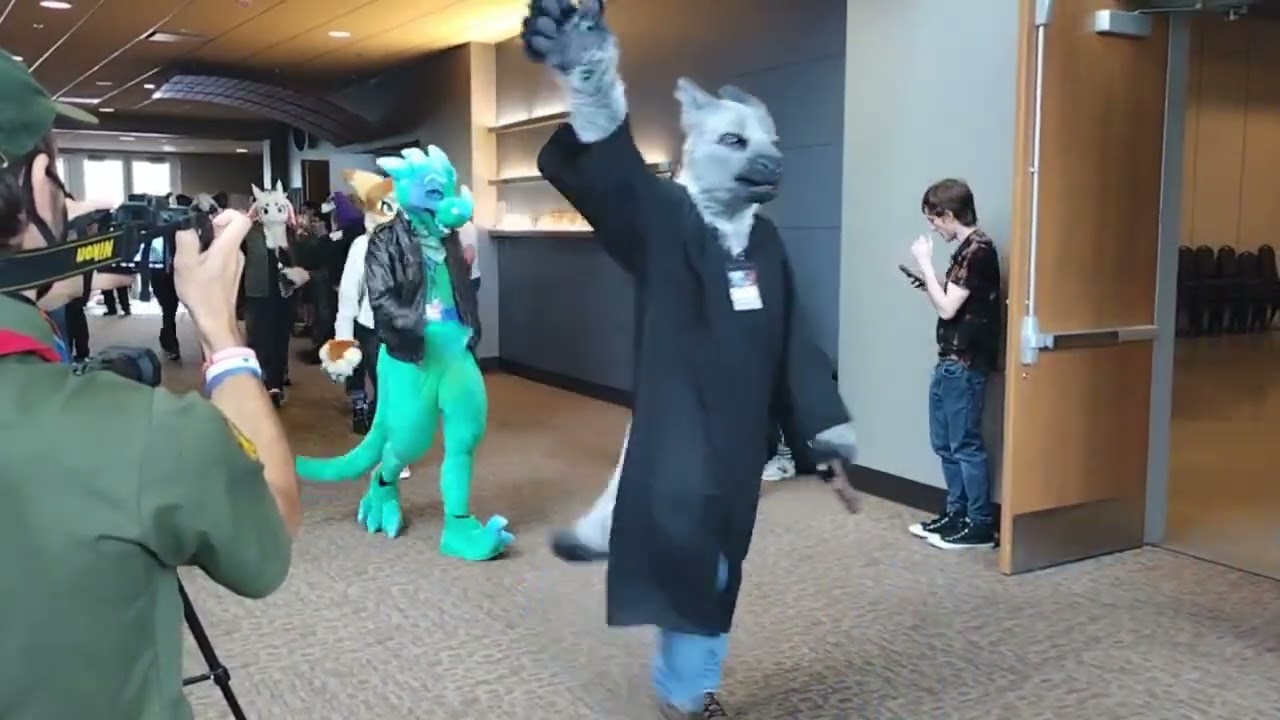 To those not familiar with past Foxler drama, the motive is this: Without being in the front row of the picture, Foxler’s notorious armband would not have been in view. Him sneaking into the parade at the end ensured that he got in the front row. Chances are, if he had gotten in the lineup with everyone else, he would have been positioned to where his armband would not have been shown prominently.

I make this assumption because a prominent staff member said, that evening, that Foxler was not intended to be positioned where he was and blocked said staff member in the group picture.

This here was the end result: 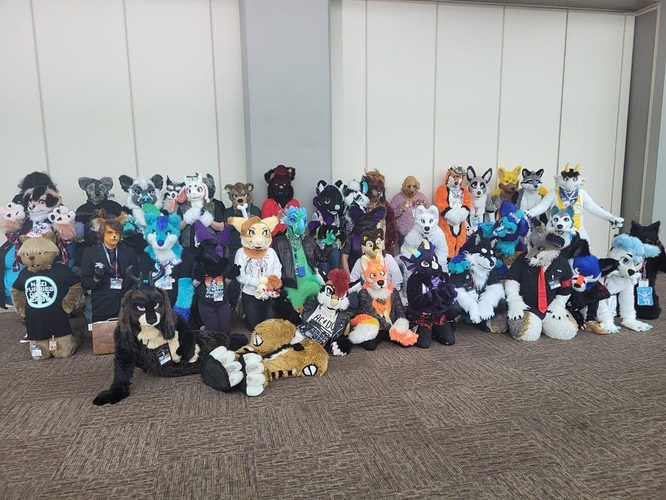 You can see Foxler and his armband featured prominently in the front row. Sure enough, there’s Lakoda right behind him blocked out.

Some things to consider, and a personal note

This photo was a disaster and the AWOO Association knows it. We know they know it because, to this day, the group picture is still nowhere to be seen on the AWOO Twitter account, or any other official media on Free Fur All. I just checked. This was clearly not what they wanted.

Foxler’s last minute stunt also messed up the positioning of the fursuiters, and in doing so, at the very least, he screwed over the other fursuiters. And by the way, do you think all of these fursuiters want to be in a picture with Foxler’s Naziesque armband plainly visible? I don’t.

Some may believe this is me calling for “woke censorship.” It is not a matter of censorship at all, but is is instead a matter of keeping the group picture free of political stunts and of being considerate to the wishes of the other suiters. Foxler is interested in neither. He flat out doesn’t give a shit and never has.

I know this because I have known this man since 2017. I worked with him closely when I ran the ‘Alt Furry Discord’ and when he ran the Furry Raiders Discord, both of which were shut down by Discord. For example: In 2019, DenFur security was on the lookout for two people to eject from the convention space and the hotel. The first one they were looking for was Foxler, and second was Len Gilbert. I say that not to brag, but to convey that there was a time when I partook in this stuff along with him. Fast forward to Free Fur All in 2022. This stunt he pulled, and yes, I believe that is what it was, is absolutely consistent with Foxler’s past behavior. I know this because I used to do it, too.

You can draw your own conclusion, but here is mine: What happened on Saturday afternoon was just plain wrong. I thought the both of us had grown up and moved past these stunts. One of us clearly has not.