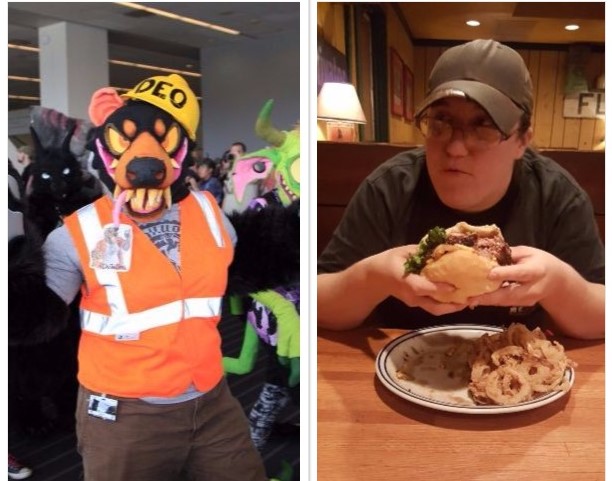 Len’s note: The OP and I have shown considerable restraint in this post, as I have decided to keep it focused on Jenna’s connection to terrorist groups, her threats of violence and blatant intimidation campaigns which others have been too lazy to systematically chronicle.

Deo/Jenna Nicole Kinyon is an ANTIFA terrorist and notorious gate keeper figure in the furry subculture.

Twitter, unfortunately, allows her to agitate for violence and blackmail dissenting artists with impunity, which she has done for at least a couple of years.

Much of Deo’s most notorious and cringy work was from several years ago now and is less relevant today. However, her doxing, intimidation and artist blackmail campaigns, along with Antifa-related terror activities, must be archived here. 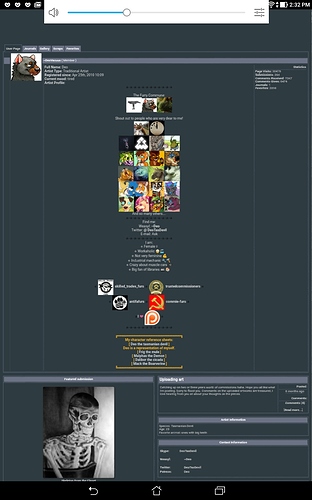 While Deo today claims that antifa simply means “anti fascist,” and that she is not part of any group, her sloppy platitudes from previous years show otherwise. Here is her furaffinity page where she openly identifies as Antifa. (Which, by the way, stands for ‘anti fascist action,’ the ‘action’ being Gladioesque terrorism.)

In a “private” telegram room where Deo gathered a few sycophantic artists dependent on her commissions to making a living, she held a YouTube ‘drink and think.’ The ‘Alt Furry’ crew got ahold of this and moled the chat, archiving the “private” conversation, which includes Deo’s own admission that she participates in political violence 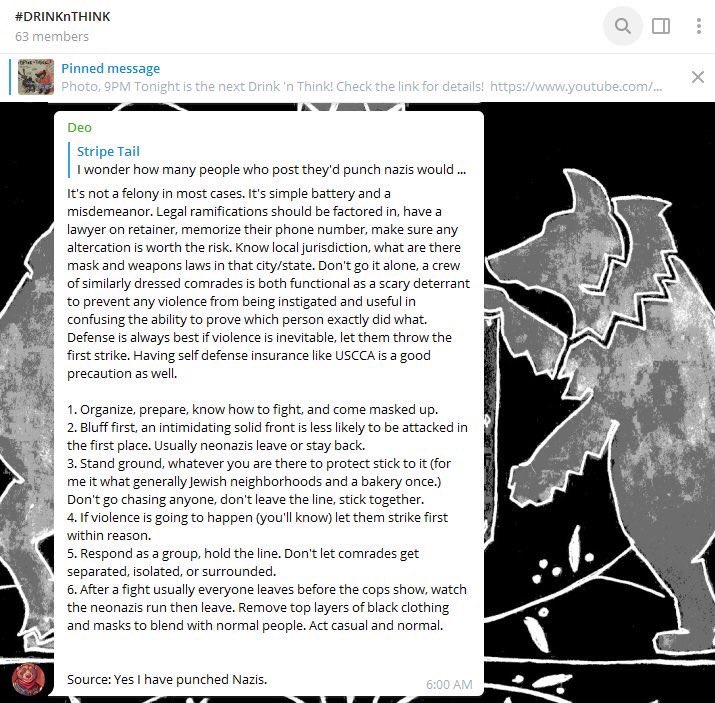 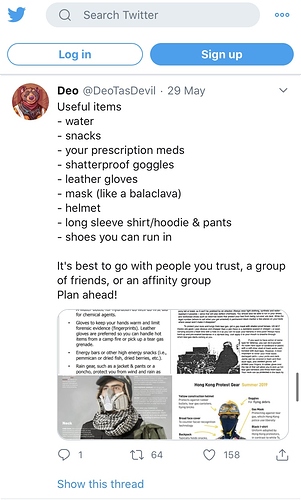 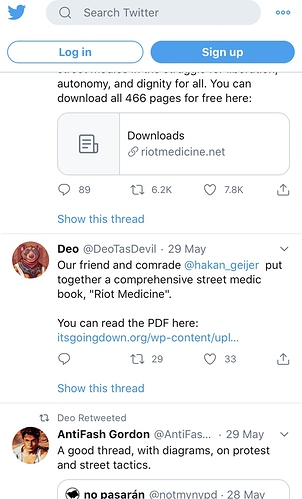 Cheering on the 2019 Tacoma Attack

Remember Willem van Spronsen, who tried to blow up an ICE facility in 2019? Deo was caught cheering that on in this archived tweet. 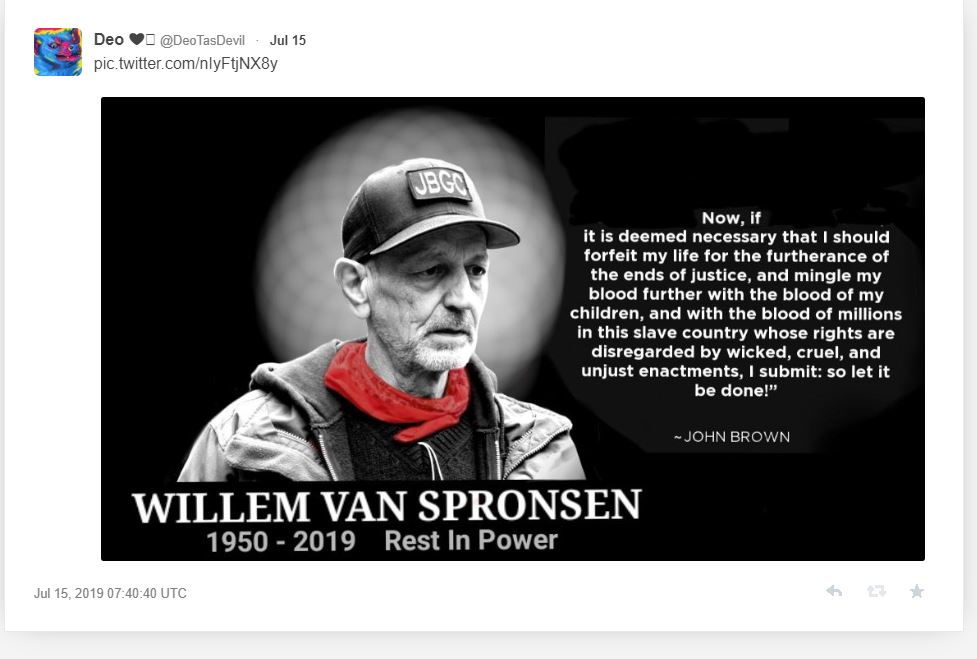 Destroying a Convention With Threats

Here Deo threatened to show up at Rocky Mountain FurCon and assault people, then called the police when someone reacted cryptically about concealed carry. The ensuing threats caused the hotel to jack up RMFC’s security fee, which was the straw that broke an already troubled convention.

This was further confirmed by Scorch, the chairman of the board for the convention.

Deo has long been involved in doxing furries on the right wing behind the scenes. Although she now denies doxing people, a couple years ago she was sloppy enough to admit what many of us suspected to be true. 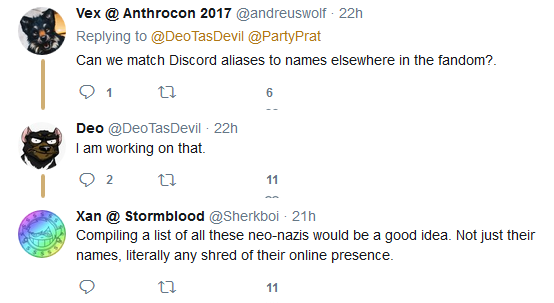 According to Deo and her cartoonish accounts of her past life, her nose has been ‘broken nine times’ getting into fights and standing up to bullies. As a result her “nose is crooked.” 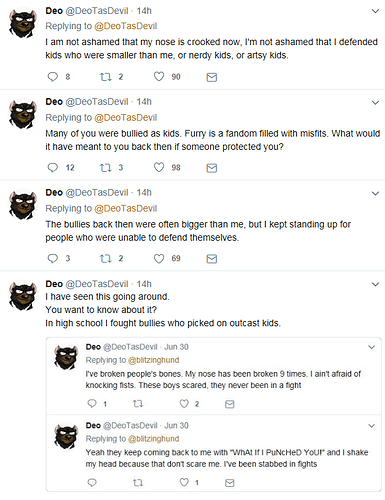 Deo has been shot with a rubber bullet while taking part in riots and is not dissuaded. While we are diametrically opposed her conviction is admirable. Further proof she is an active member of antifa. https://twitter.com/DeoTasDevil/status/1267735020082311170?s=20 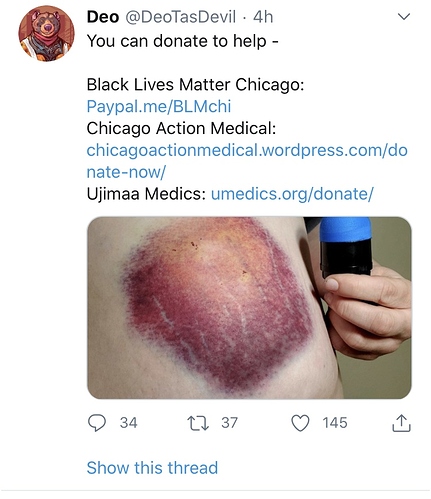 Nicely done. I had a hand in editing and polishing up the first post