DenFur, the Colorado area furry convention prone to massive staff infighting and legal troubles, was a complete disaster this year. According to our sources who were present at the con, the staff shortages resulted in a completely useless dealer’s den and a total disaster in processing attendees. In addition, the convention’s onerous COVID vax policies lead to absolute bedlam in the opening lines, which lead to many suitors missing the first day of the convention entirely. DenFur was a complete disaster this year, this article takes a look at some of the low-lights of perhaps the worst fur con in operation right now.

A confluence of problems

From what I could discern, the lunatic vaccine passport requirements, coupled with the disasterous mass staff-resignations caused a real headache for DenFur this year. This was backed up by eyewitness attendees (who I will obviously not be revealing here) and several public Twitter video complaints. Here is one of them: 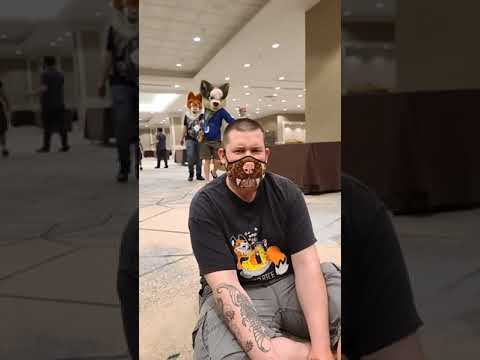 Sources have told me that waits for registration got north of six hours, which meant that for many, their entire first day at the con was completely wasted.

This happened because of lack of staff, and the burdensome requirement of having to prove COVID vaccination. I expect a similar disaster to happen Biggest Little Fur Con in Reno, which just issued a rule requiring all attendees get a booster shot, later this year. My sources on the ground have told me that there were instances where attendees were on hold for hours at their doctors’ offices because they never realized they needed to bring a CDC vax card.

It got even worse. DenFur reinstated the masking rule at the con. While that may seem mundane, it includes, of course, those who are wearing their fursuits. In other words, people had to wear a mask on under their fursuits. Yikes.

For a quick update! We will be reinstating the mask in con space rule as of now. We are working to update our website to reflect this. So, you must wear a mask and you must be vaccinated.

The sources say that it became so difficult for the beleaguered staff to enforce this that by the second day they had given up checking. However, the ‘cool down room,’ where suitors go to take their fursuits off and relax for awhile, had more than a couple tense moments with those unwilling to mask and keep the cumbersome six feet of social distancing while cooling down.

While DenFur seemed on the surface to have gone by smoothly (there were no diaper and puking disasters as there were in Motor City FurCon), a lot of Colorado attendees went home frustrated. If the shell-company holding DenFur even manages to make it across the finish line next year, expect much smaller attendance next year unless major changes happen. The glory days of furry conventions are over, and that is certainly true for DenFur. This con was a train wreck.