In an eerie repeat of Rocky Mountain Fur Con in Denver four years ago, another famous, controversial furry has received an explicit death threat for the upcoming convention.

Hippie cartoonist Zoopwolf, who we can confirm has reached out to register at DenFur, received a threat that he would be shot in the head at the Sheraton Downtown Hotel during the convention. 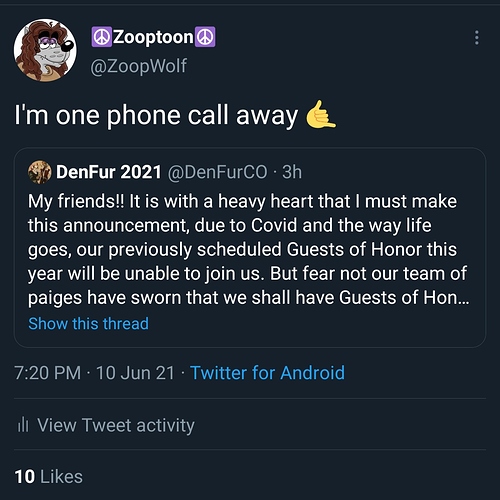 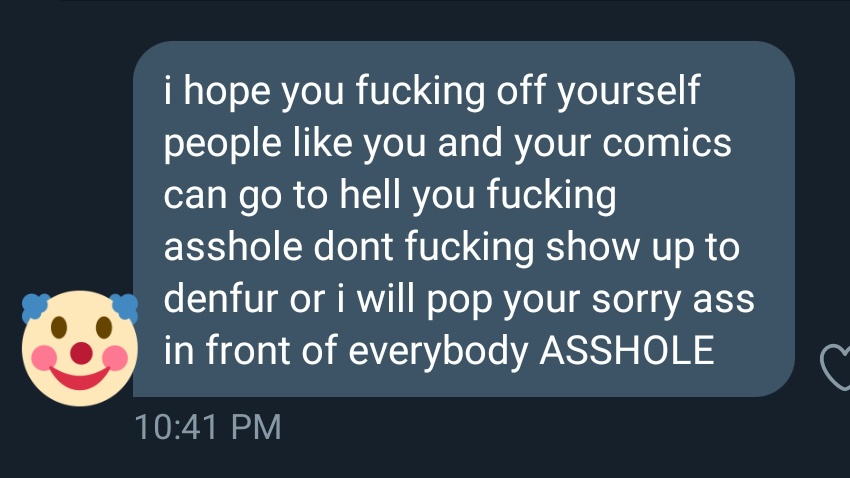 Perhaps coincidentally, DenFur is now chaired by Boilerroo, the same person who encouraged people to beat up Foxler at the FurBowl event she hosted, until it finally happened in 2018.

DenFur’s 2019 preamble was “be a furry, without worry.” Hopefully Zooptoon contacts his local police about this threat, because right now, there’s some worry.