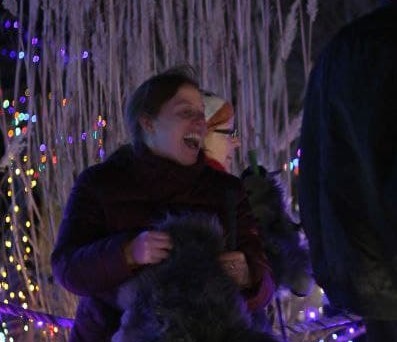 Abandon ship! During the occupation of France in WWII, hardly a peep emerged from citizens when the occupation ran smoothly. French ‘resistance’ was so miniscule that when, after the war, arms minister Albert Speer was asked about it and replied “what French resistance?” The great tales of heroic defiance against the power mostly seem to have emerged after all the dust had settled.

Such is the case today in the aftermath of Corgi Events. One of the most important gate keepers Corgi Events scene, Boilerroo, who for four whole years soldiered on silently for Corey Wood and Corgi Events, seemingly ignoring all kinds of abuses and improprieties. Recent events seem to have given Boiler a gust of courage to speak out against Mr. Wood’s abuses of finances, other people, and most of all, alcohol.

In a tell all account that took multiple pages and tweets, Boilerroo chronicled how she saw things as matters within Corgi Events fell apart. While I personally view this as an opportunistic move on Boiler’s part, and an attempt to paint herself as a victim when she most certainly is not, I also find her story to be the most credible and revealing account of things to come out. I recommend you read the account for yourself. This article takes a look at Boiler’s tell-all and obvious grudge she has with Treble, despite calling him a “friend.”

Boiler paints Mr. Wood as an alcoholic pretty much right out of the gate. We have no reason not to believe this, because others not related to Boiler have claimed the same thing.

Boiler goes on to claim she heard Mr. Wood was hospitalized five times for alcohol related incidences before coming to Painted Desert Fur Con in Phoenix and getting pasted. Just before Sin City Murr Con started, Bubbles, who Boiler calls ‘Koi’ got into some kind of nasty exchange with Mr. Wood.

This was pretty much the end of Corgi Events, because according to Boiler, Bubbles was the one doing most of the operational work, and without her, operations would fall apart. Well, operations did fall apart. This appears to be the reason why.

Before Sin City Murr Con began, Boiler alleges that the hotel got cold feet over the event and demanded money up front. This is also evidenced by this conversation between another admin and Mr. Wood, where a different con staff member was pleading with Mr. Wood to take care of a fiscal ‘emergency’ pertaining to SCMC. And let’s also not overlook the fact that Boilerroo claims Mr. Wood took his pants off in the hotel lobby and told the front desk people to suck his d*ck.

Either way, if you’re following the Corgi Events drama, this is one account you need to read over. Here it is in its entireity. 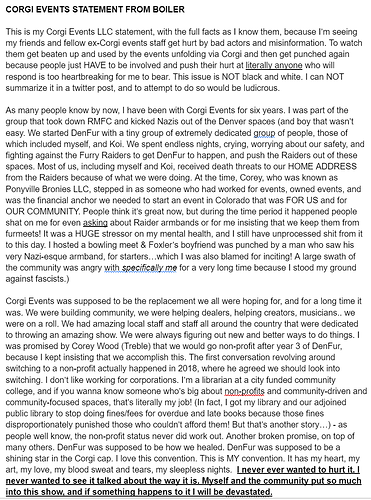 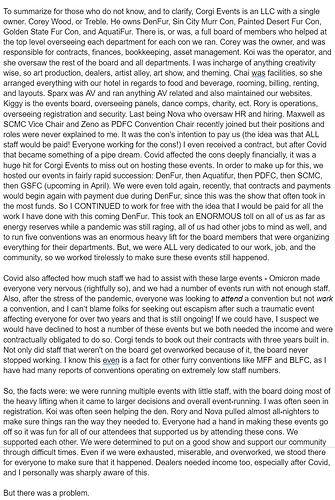 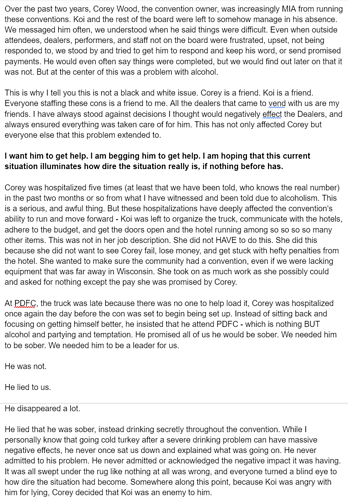 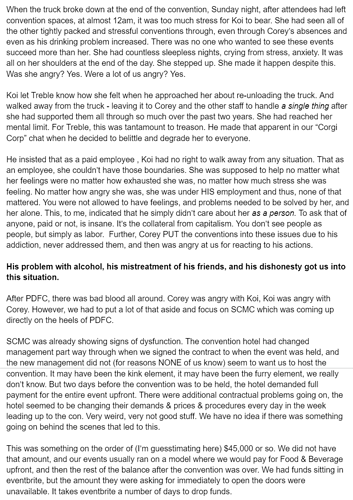 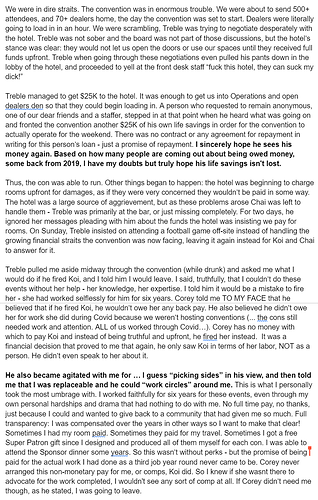 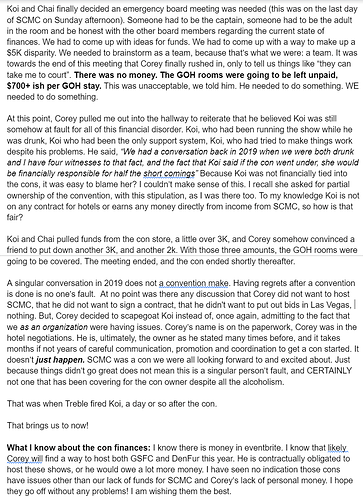 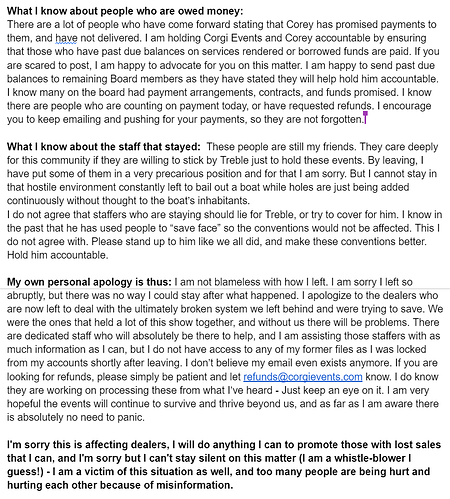