Our first warning about the beastiality front group, DramaFurs, has not gone unheeded. Since posting the warning and documenting the beastiality present in that chat, links have circulated on Twitter and various Telegram groups.

Others have noticed and have assisted me in investigating the various discretions of the main admins of this chat, Aureliana and ‘Dallas.’

First some background behind the ‘Dramafurs’ chat. Although the name is innocuous, ‘Dramafurs’ is actually connected with an “Anti Furry Valley” chat on Telegram, which is headed by the same two admins, Aureliana and Dallas. The two of them apparently have some kind of beef with ‘Simba,’ the admin of Furry Valley.

Aureliana is worth of a beware thread, particularly because of her propensity in doxing other people who are associated either with Furry Valley or the Anti-Furry Valley site, with doxing attempts on the latter perhaps being some kind of double-cross attempt to frame Simba and Furry Valley of doxing people who leave their group. Regardless of intent, we are able to prove that Aureliana is behind doxing attempts of several people. 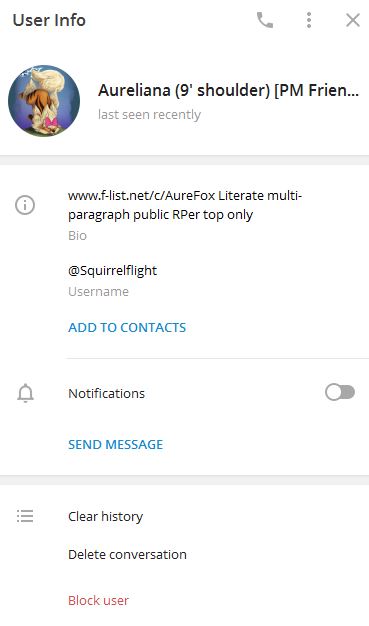 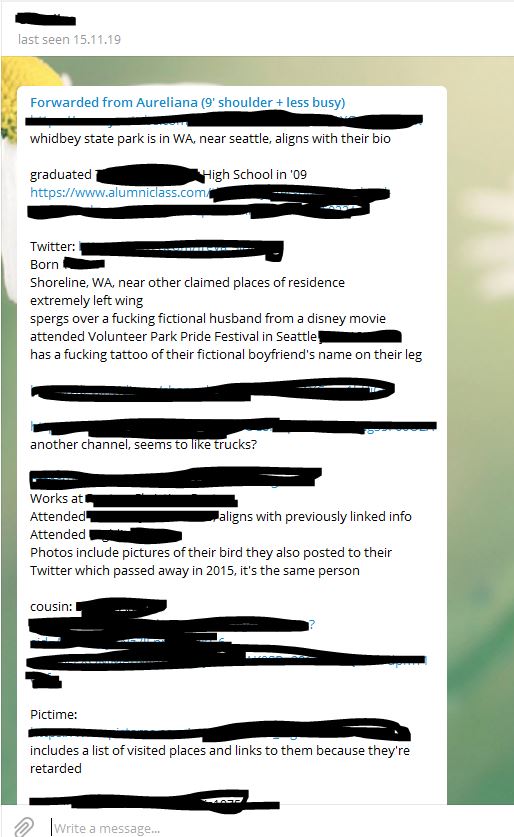 1 protect.jpg514×837 75.8 KB
Not only does Aureliana dox a seemingly innocent bystander, but you can see that she also targets a cousin of her’s. Looking into the victim, the victim appears to be a member of the @AntiFurryValley group on Telegram. 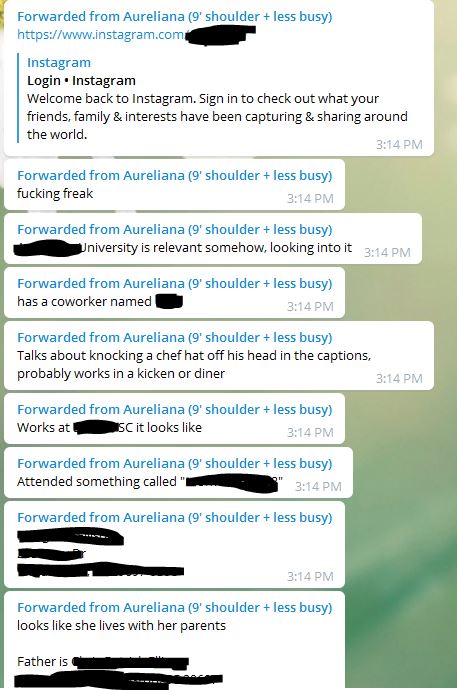 Here is another one. Once again, Aureliana seems to like going after relatives of victims. 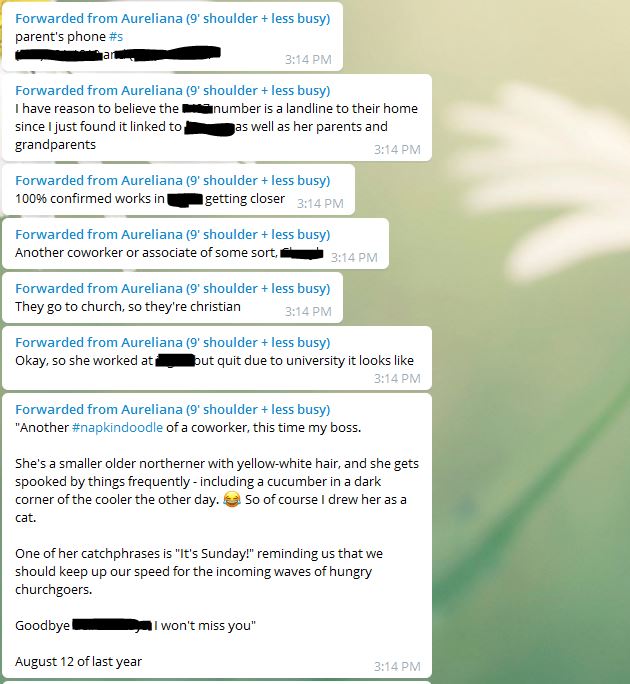 I’m not sure exactly what these people did to Aureliana to make her dox these people, but doing so to parents and relatives is way out of line. Stay away from this person. Stay away from any chat she is an admin in, including @AntiFurryValley and @Dramafurs.