After beastiality meltdown, Foxler removes Scorch, puts him back in two days later

Two weeks ago, following the major argument in the Raiders chat regarding beastiality, Foxler abruptly decided to take away Scorch’s admin capabilities in some flimsy PR attempt to distance the Furry Raiders from sex with animals.

Scorch later bitched about it in Fursanctuary with a fellow zoophile from Denmark. 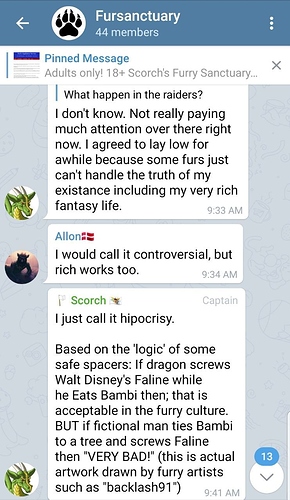 Scorch is a huge scumbag, a key furry raider involved in trying to co opt the center and right wing of the fandom into accepting sex with animals by associating those who object to it as “safe spacers.”

Interestingly enough, it looks as if fellow zoophile Foxler decided to pull a fast one on the Raiders by telling Scorch to “lay low,” before reinstating him. 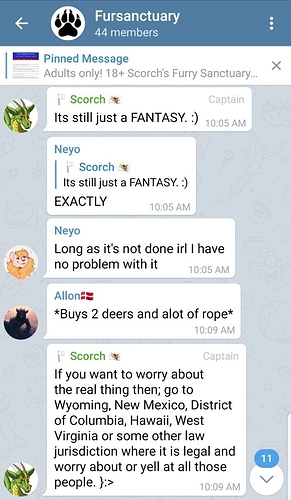 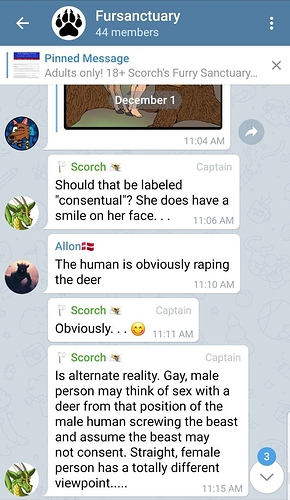 Sure enough, two days later, Scorch was given his admin star back, showing that Foxler is committed to using the Furry Raiders to promote beastiality. The whole thing was a rope-a-dope to fool the rank and file Raiders who were upset that Scorch was dragging them through the mud.

Many are, including admins. More on that as it develops.